I was in a meeting with some of the members of the DX team at Microsoft and something came up about internet trolls. At the time, someone had recently created a rocket that shot off based on tweets. I thought this would be a cool idea to try out, so I quickly decided on creating a real “Internet Troll”.

First, I had to find a troll that was “hackable”. Sorry, but the gnomes that sit in your front yard, first are not trolls and second, they are really creepy. So I landed on this guy: 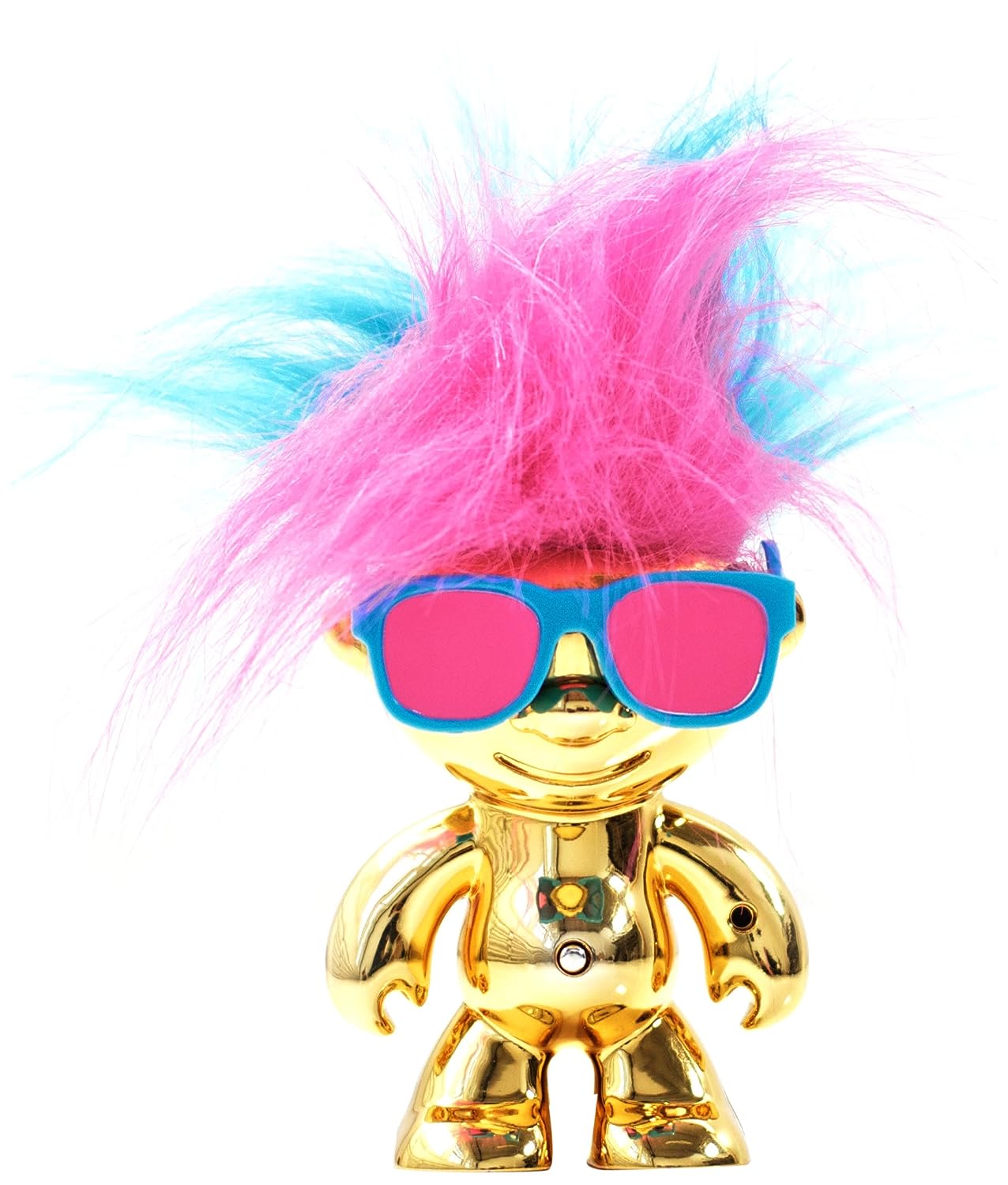 He’s got just enough electronics to be hackable…but not so much that it’s a challenge to make him work.

So once this little guy came, I saw just how easy it was to pull the microphone out of the hole in the left arm, and thread a wire through to solder to the DC motor inside that drives his flapping hair. Easy as pie, I now have the ability to mess with his hair in any way I want.

The next step was to wire him up to a microcontroller and get him moving. I knew that I wanted to have this connected to the internet for control, so I had one of four choices…Raspberry Pi with an internet connection, Netduino Plus with its built in ethernet, an ethernet shield for an Arduino, or my favorite…Spark Core. Can you guess what I chose? That’s right…Spark wins!

So this was my first attempt at the connection to the Spark Core. Simple enough to control an analog pin to drive the motor. However, I was a little disappointed that the 3v wasn’t enough to really get the hair moving like I wanted it to, so I went back to the drawing board and rewired the motor with a direct connection to a battery, leaving the control to the Spark Core.

Now, I know that you can only see two batteries (that are 1.5V each), but I now have this connected to a 9V battery and can tell you his hair goes pretty crazy.

Finally, I needed to wire him up to the internet. Thanks to the IFTTT service (If This, Then That) I was able to simply wire up an event on twitter (someone tweeting a specific hashtag, or tweeting @TheNetTroll) and I could increment the speed of the motor until he maxed out. The sample code is here:

If you see me speaking at an event, I may just bring him along to light up the show.

Moving at the Speed of .NET